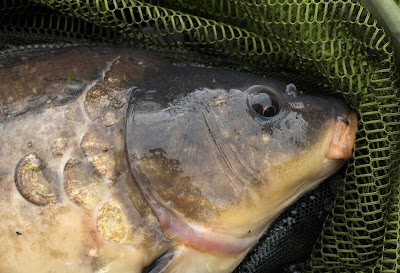 I arrived back at the river and wandered a few areas, spotting a few nice fish lurking in a few beds of streamer weed and occasionally cruising by. With the carp already sighted being somewhat sluggish, I decided to leave some bait in a few areas and await a response. After allowing some time for the fish to find the feed whilst I kitted up, I wandered to my first spot and my excitement levels hit the roof when I spotted a couple of fish, a common and a mirror, with their heads down and their tails up. I slowly plopped my rig onto a clear patch and hoped that this hadn't caused a disturbance and waited. My friend Mark Lindsay had by this time arrived to join me, and was looking at a few areas just below. Just as I looked round to see how he was getting on, my rod jolted forward. I picked it up and an instant bowave followed as I started to apply some sidestrain. Within a few seconds though, sadly the hook had pinged out. This was a promising start, but at the same time it felt like it could be costly with the conditions becoming increasingly more difficult as we started to reach the heat of the day.

I put a little more bait into the area and went over to see how Mark was getting on. He had settled just below me where he had also sighted a couple of fish dipping their heads in and out of the streamer weed. I re-tweaked my rig slightly, then lowered my bait back into the same zone where I had managed the bite. I decided to give this area another hour, just in case there was an off chance that there could be another patrolling fish on for some feed. Mark meanwhile, lowered his bait into a very promising looking area. It really wasn't long until his rodtip buckled over and he was into a decent sized chub. It was a nice consellation to have landed a fish between us after losing the carp and it was good that we had gotten through the some smaller nuisance fish that had appeared.
I continued to wait it out in this particular spot, but it was evident that the moment had passed and it was time to have a wander. After spotting very few carp in this duration and attempting a couple of ambushes and failing, it was looking to be just one of those days. Time was also getting on, as Mark now had to make tracks, leaving me with a few hours to devise a plan for myself. After sending Mark off, I took a bit of time out to sit on my stool and decide my next plan of attack. I recalled right at the beginning of the day, I had sighted a couple of fish in a tiny gap in the streamer weed. I had noticed on arrival at this area that the bait I had thrown in had gone. Although this could well have been smaller fish, I baited the spot up again and lowered my rig into the clearing. I crouched behind some foliage and watched the baited area. All of a sudden, a dark shape emerged and starting hoovering up all the bait. I could see a very chunky mirror carp absolutely troughing its way up towards my rig. It was only a matter of time until the fish slowed and shook its head before towing the rod across the ground. I dived towards the rod and battle commenced! Keeping steady pressure, I did everything I could to keep the mirror's head up and away from a couple of dangerous snags. I depended on the stretch of the mono and the power of my barbel rod, to deter the plump powerhouse from ploughing through anymore streamer weed. The final crashes on the surface and bolts for the streamer weeds were excrutiating, but thankfully I managed to slip the net under this gluttunous culprit.
It was great to have finally broken the deadlock and at 12lbs 10oz, it was my largest mirror off a river.  It was in fine condition, with a perfect mouth and a beautiful starburst effect towards its tail wrist. By this time, I only had a couple of hours remaining so I decided to have a wander to a new area. Once I had arrived at the second spot, a carp slowly cruised past. This was such a promising sign! I introduced some bait and followed this by lowering my rig into position. It was not long until a small common had made its way into the swim, before being out-muscled by some larger shapes which started to absolutely hoover the bait at one hell of a rate. Before long, all three fish were making their way towards my hookbait. I knew it was only a matter of time before one was going to get hooked, when all of a sudden one shook its head and bolted downstream making the baitrunner sing as it tore off! I picked up the rod and even with the clutch tightly set, this fish absolutely steamed off downstream at what felt like absolute knotts! After one hell of a battle with with this pure powerhouse, a beautiful mirror surfaced. I hurriedly slipped the net under it and gave out a huge sigh of relief! At just over 11lbs, I was very happy indeed to manage another double figure river fish, especially after a very difficult day indeed. I continued for another hour or so, but other than a couple of chub pulls, this was the last of the action. It was fair to say that I left feeling more than satisfied, landing a couple of healthy looking carp after many challenging hours.
On the following day I decided to stalk some chub. This has to be one of my favourite types of fishing in the summer as you can creep up on shoals of chub and often watch them take your bait! I finished the day with a dozen fish running to 4lbs. It really reminded me of how I used to spend many of my summer days, just messing about on small waterways for some fit and healthy looking chub! There's really nothing like watching your bait disappear into a large white mouth as it devours your bait.
I hope you enjoyed reading this write-up, as I really enjoyed writing it.

Tight lines to all for the coming weeks and months! 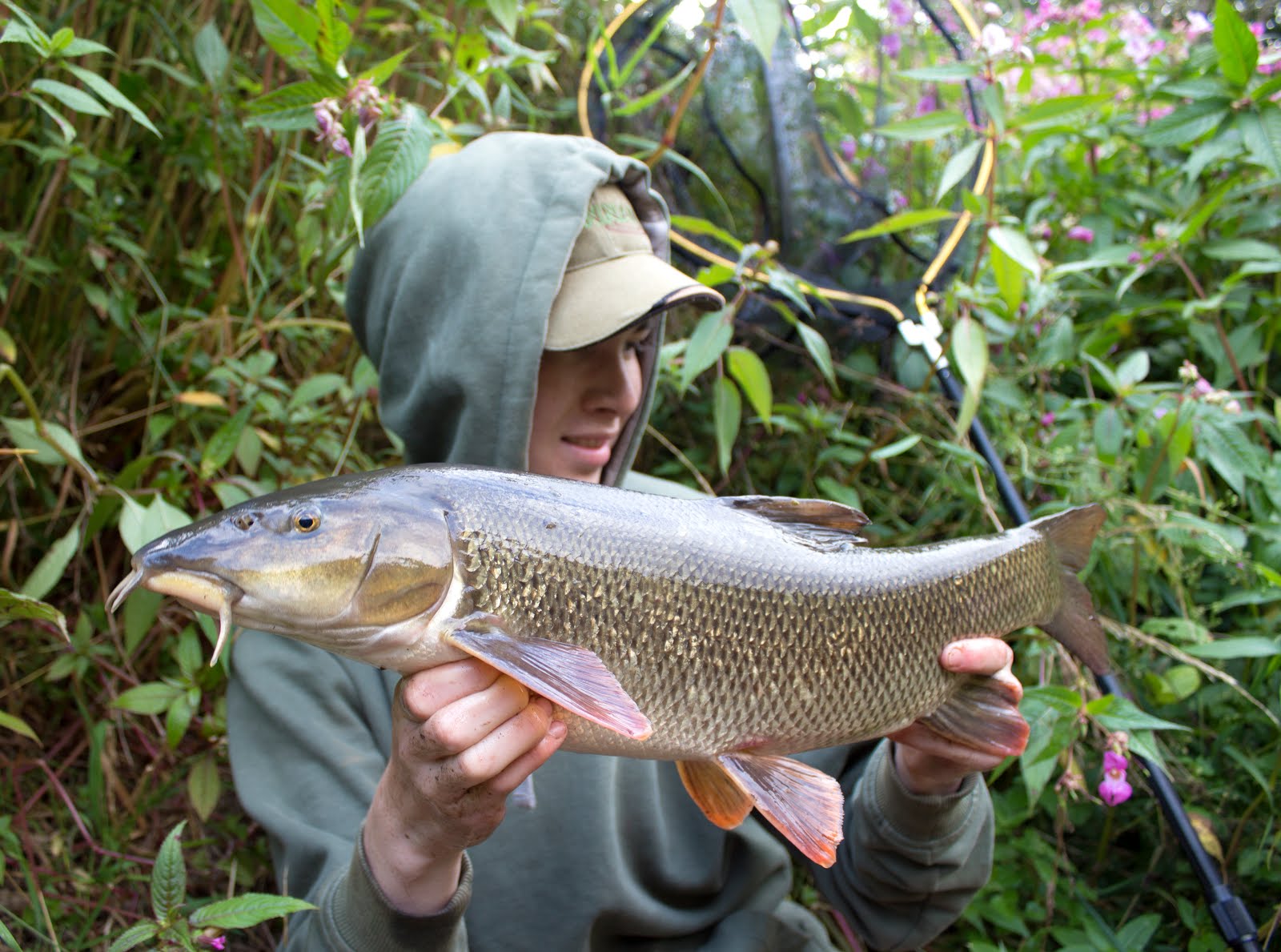 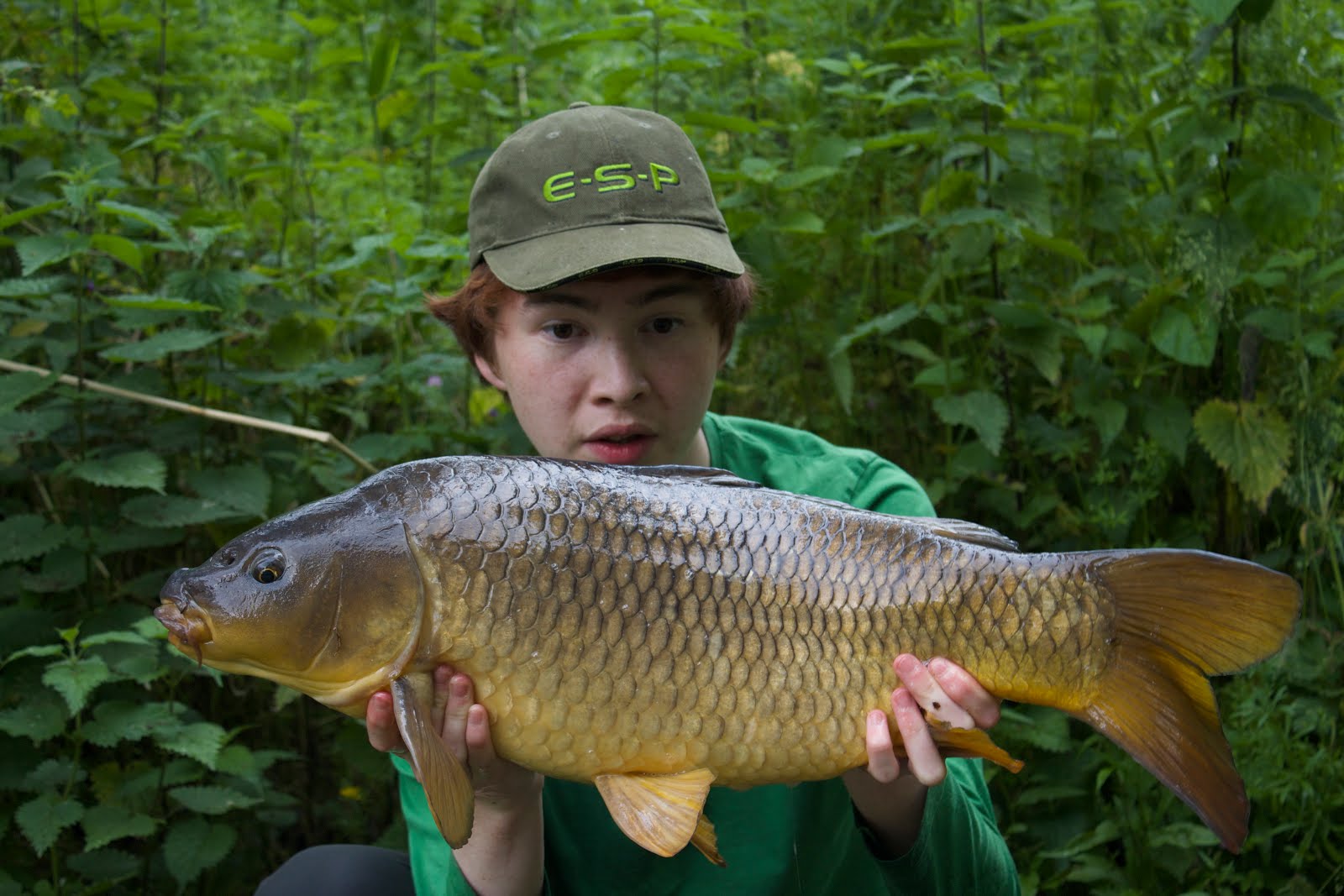 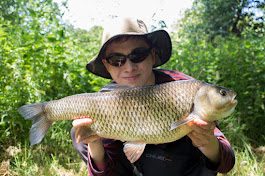 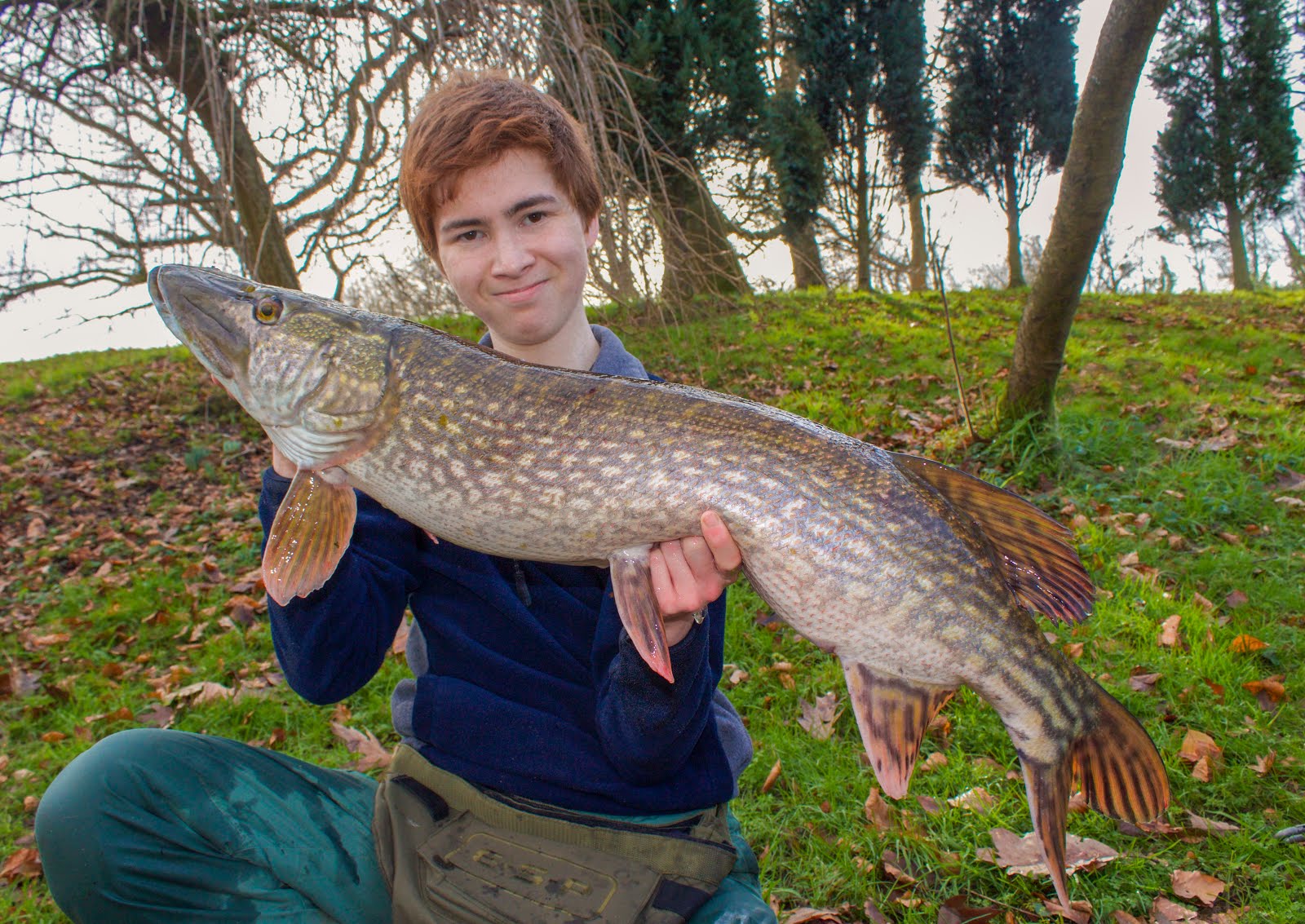 Thank you for visiting!